Where to Save Models That are Used One-time Efforts/Ad Hoc Analysis?

The problem I’m having

Looking for suggestions on where to push and save dbt models used for one-time, ad hoc analysis.

The context of why I’m trying to do this

When done, I have two tables that I was able to join and look for errors in the backfill. I used my dbt development schema for my user for the validation.

Now, I have these two dbt models, and related changes to the relevant .yml files in a feature branch.

These models will not run in production. It was a one-time effort.

I also thought about leaving the models and related changes in a branch in the production repo, unmerged. Let it sit there in the repo until it’s obsolete or until it reaches the stale date in a README file in the branch. 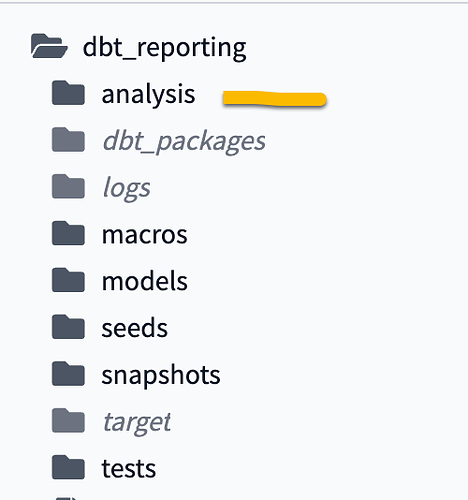 Note: @dave originally posted this reply in Slack. It might not have transferred perfectly.